We were pretty beat when we finally arrived at camp in the late afternoon. As we pulled into the Estes Park KOA, we were feeling good… until we opened the door to the car and realized our campsite was next to a stable, the Sombrero Ranch Stables. You can clearly see this in the google maps view of where the KOA is but we didn’t know where the campsites were on the grounds before we left. NOTE TO SELF: Julie is not fond of the smell of horse crap.

We decided to make the best of it and just setup camp and then head into town to do some grocery shopping and grab some dinner. We also made a stop at this very cool and EXTREMELY CHEAP gear store that is right across the road from the KOA named the Estes Park Mountain Shop. We ended up with some new gear… and here’s the shocker… it was North Face. 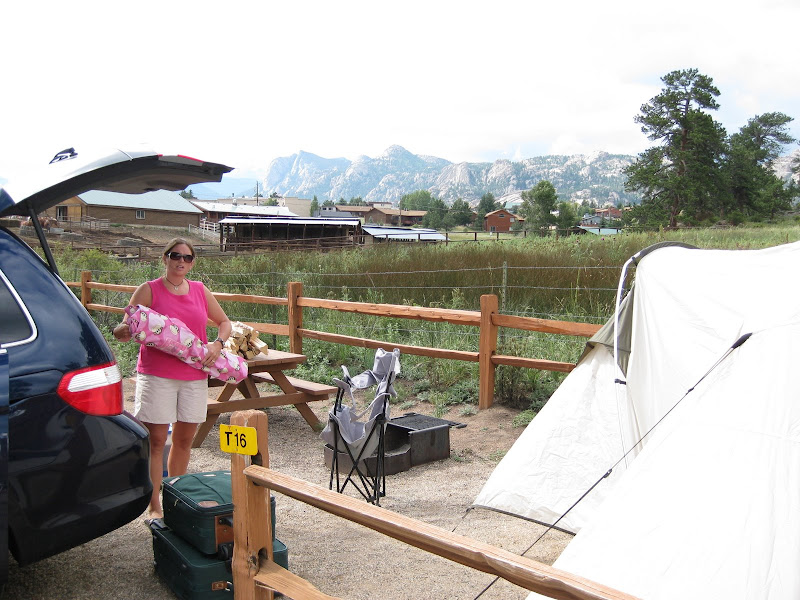