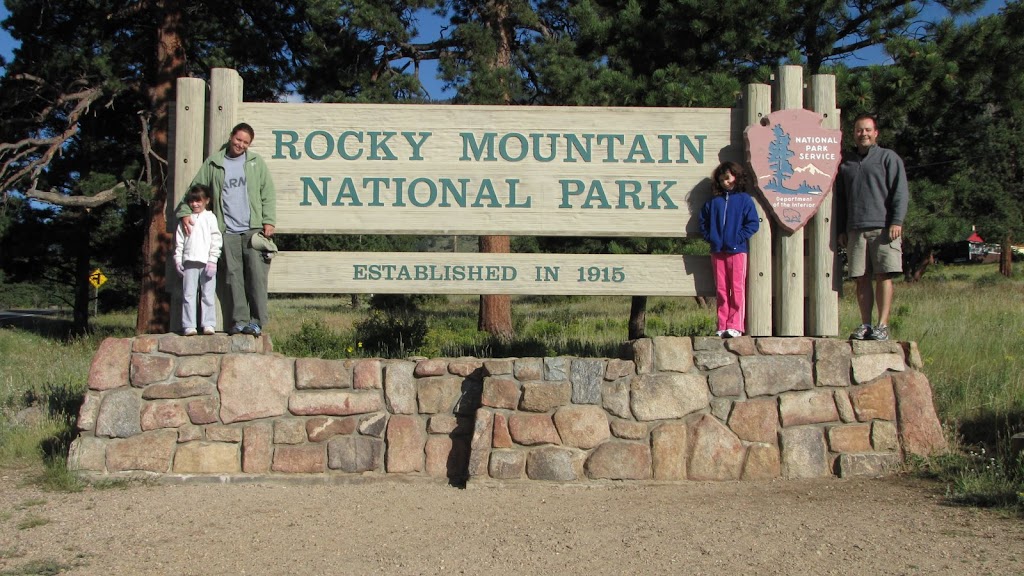 In June of 2009, we decided to make a trip that the girls and Julie were taking to visit her brother in Kansas a little longer. I flew in to meet up with them on July 30th and we drove to some town just east of the Colorado border on Thursday night. The following day we stopped at Julie’s uncle’s place to in Golden, CO and then headed up to Estes Park. We knew we wouldn’t have much time in the park, but decided that three and a half days in the Rockies were better than three and a half days in Illinois and that was all it took. This was going to be the national park #2 for Julie and I in 2009 (we did Volcano’s N.P. in March).

On the way up, we got to drive through Boulder, CO. Instead of going around the town, we went right through the middle to check it out. I’ve never seen so many bicycles in one town. Everything seemed very laid back and mellow… shocking.

This map highlights key locations from our trip including the campgrounds we stayed at and hikes that we took.