We saw an amazing amount of wildlife in the parks. Most of it was along the Icefields Parkway as we drove between Lake Louise and Jasper but overall, there was just an amazing amount of wildlife that seems to be everywhere. As spring was in the air and things were starting to thaw out, it shouldn’t be too much of a surprise but based on experiences in U.S. National Parks, we were not prepared for the sheer number and closeness we experienced.

June 16 – On our way back from the Marble Canyon hike, just past the continental divide, we ran into our first bear on the side of the road. We were not prepared at all for this and the girls briefly got out of the car until we realized that this was not a safe situation for anyone. The bear was maybe 50-60 feet away. Mom got over excited and ran down to get a real close shot. As soon as it turned to look at her, she moved pretty quick to get out of there.

June 20 – Along the Icefields Parkway 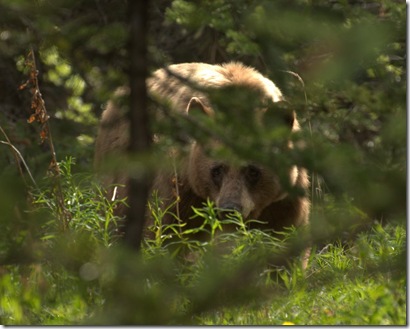 June 18 – Along the Icefields Parkway 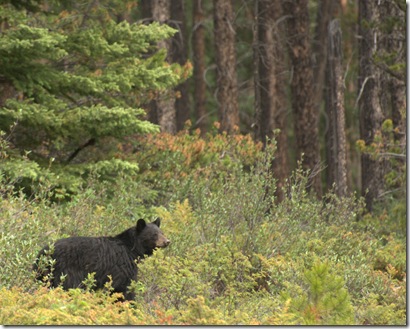 June 20 – This was the day of the black bear. We saw 4 in total which including the Grizzly, made 5 in one day. By the end of the day, some people in the vehicle had lost interest and just wanted to get back to have dinner. I still can’t believe it. We saw so many bears, wild, up-close and personal, that it was just too much. Amazing. You won’t hear anything like that driving through Yellowstone or Yosemite. 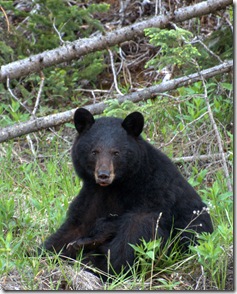 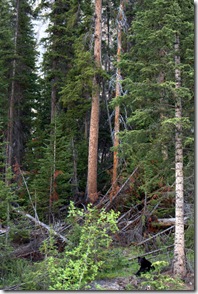 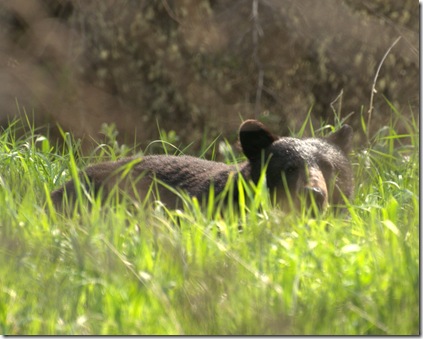 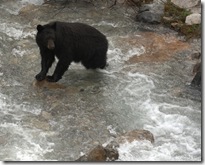 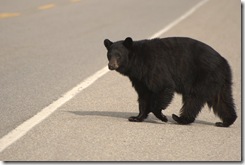 June 14, 15, 16, and 20 – Needless to say, these are the most common large mammals in the park. We saw some the first night we were in Banff, right on the shore of the Bow River. We also saw them along the Bow Valley Highway and along the Icefields Parkway. 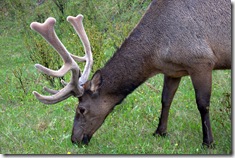 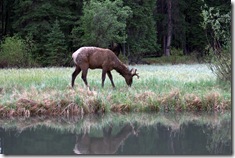 June 16 – We saw this little guy on the hillside just to the north-west of the Chateau at Lake Louise. This wasn’t on the kids list of animals to see, but was definitely interesting. 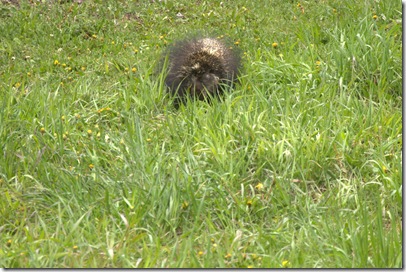 June 18 and 20 – Both times we drove the Icefields Parkway, we saw these mountain goats in the same place. On the way back down the parkway on the 18th, a park service guy fired off some fireworks to scare the goats off the road since they were causing such an issue. 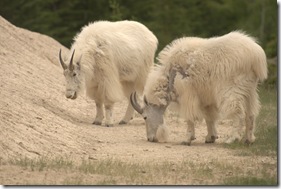 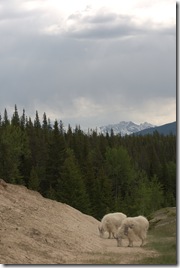 June 18 and 20 – I loved this grand-dad of bighorn sheep that we found. He was just hanging out, enjoying the morning. Again, on the Icefields Parkway. Similar location on both days. The older ones are way more interesting than the young or female. Love those horns! 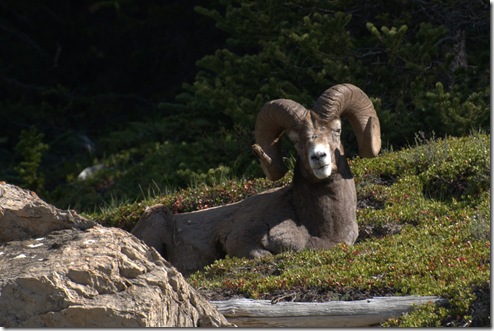 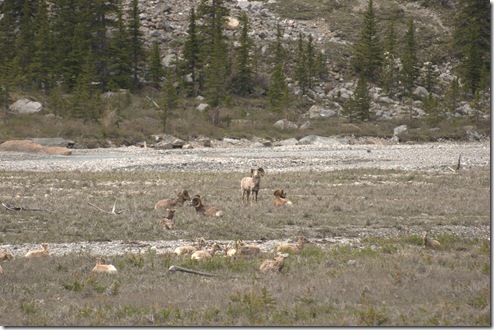 June 19 – I saw a few of these on my way up the trail to Lake Oesa while we were at Lake Ohara. I ran up here to try to get a high view of the lake for a few shots. This litter sucker would not get off the trail. I yelled, threw rocks at it (hard) and it would not budge. I finally decided that I would just walk up to it and if it jumped at me, I would soccer kick the sucker off the side of the steep trail. Luckily, it didn’t come to that and it took off when I was about 2 feet away. Scared the crap out of me when it finally ran off. 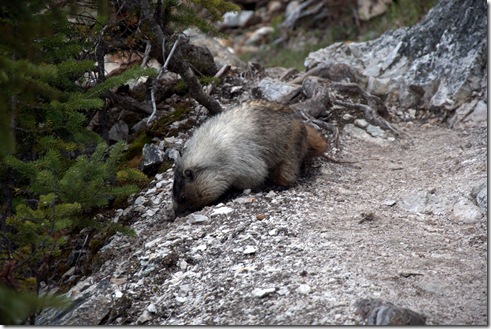