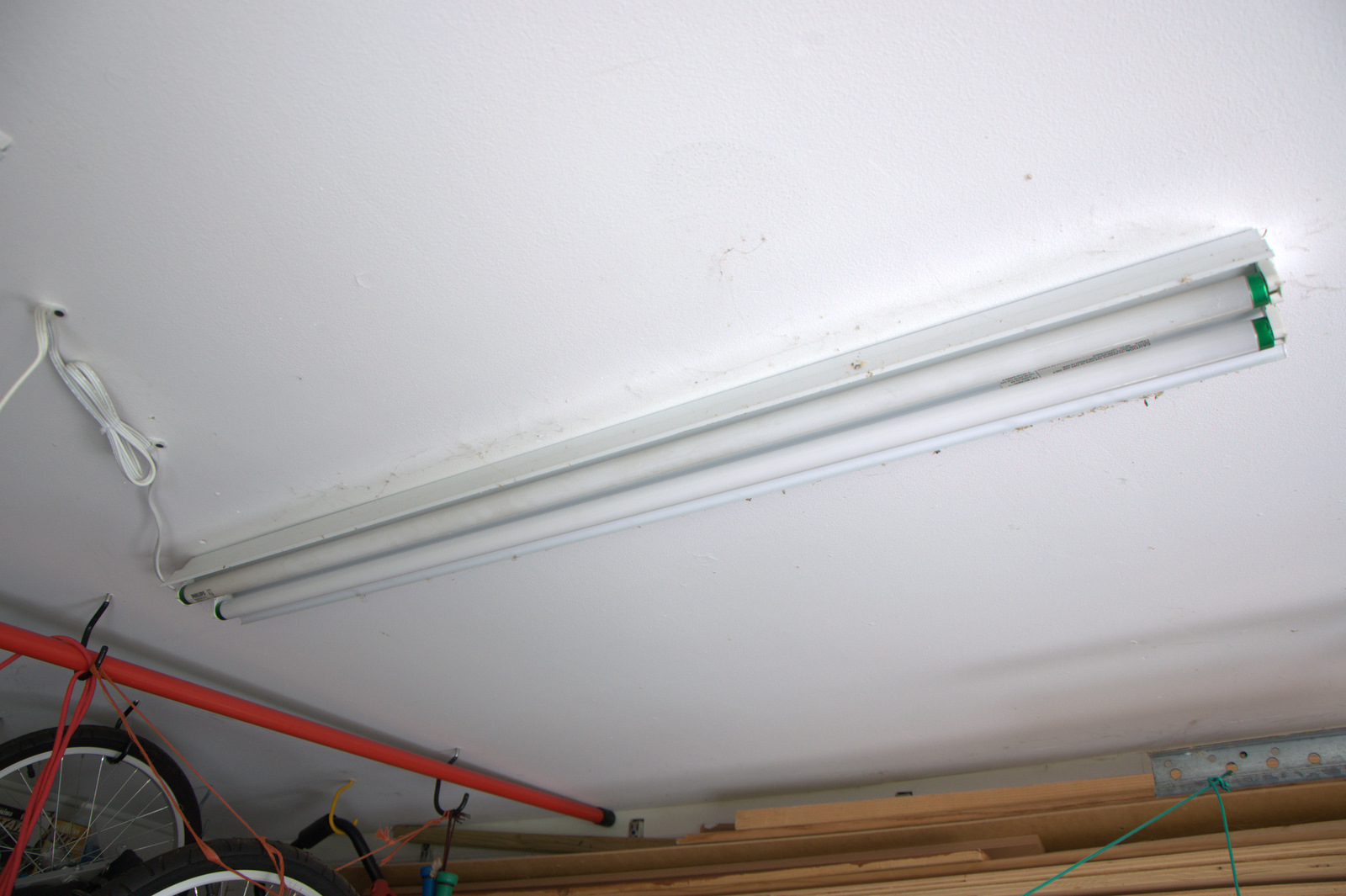 I installed four fluorescent utility lights in the garage 5 or 6 years ago. There was just the garage door opener light in the garage when we moved in and since I was spending more quality time with the table saw, I figured that it was probably worth the investment to put up some better lighting. Being the frugal (read: cheap) person that I am, I purchased the cheapest lights I could find at the Depot and put them up. Total cost of the project at the time was under $50.

The problem with these cheap-as-hell lights is that after just a year, some of them started to fail. The bulbs were fine but the ballast was shot. I looked at replacement ballasts, but the only ones at the Depot or Lowes were around $25. That is right, $25!!! I could get a whole new fixture for $15 and if I waiting for a sale and scoured the Sunday paper for a few weeks, I could find them for just over $10. So I ended up buying a few more fixtures. What I didn’t factor in was what a pain-in-the-rear it was to undo my awesome cabling job (attached cable with cable ties and made it look nice) and then swap out the fixtures. After doing 2 or 3 replacements, I gave up and as the ballasts have died over the years, the garage has returned to the dark place it once was.

We were down to one working fluorescent bulb and this inspired me to find a solution. A few internet searches later and I ended up at ebay where I found some awesome ballasts (I know…. I know… it took me a lot of reading to understand what an awesome ballast is and what would work for me). I got them for $9 each and a few bucks for shipping. $48 total and I got my new ballasts, the cost of two in-store ballasts!! And these quality ballasts mean I don’t have to keep adding to the landfill each year!! Woot woot.

I took some shots of my project for anyone else that might feel the urge to change their $15 junk utility lights into the same lights you would pay over $50 for if you bought them with a similar ballast at the big box stores. Nice!

1. Unplug the light, take out the bulbs, and take off the cover. You’ll see a bunch of cables inside with red, blue and yellow cables in various combinations (my four lights had some with the yellow wire jumped together though two of the end caps and some without that but more cables). 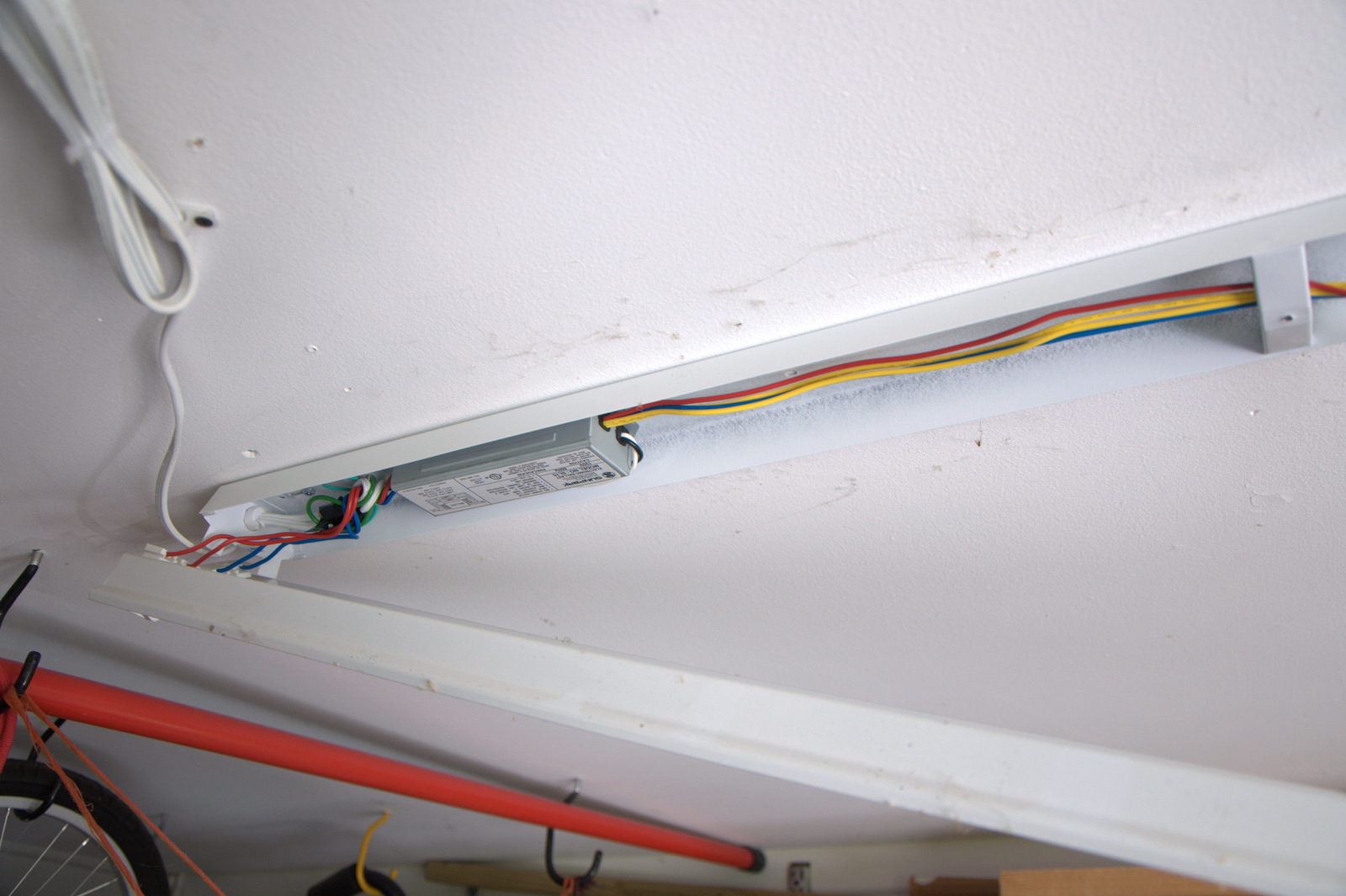 2. Cut all the end caps off with some wire snips. You might be nervous that you just ruined your light at this point, but hang in there. Make sure to leave enough of the cable so you can hook them up to a new wire (I left a few inches). You’ll also need to cut the ground cable that comes out of the ballast and the power (black and white cables). I cut the actual black/white cable end and not the white cord end so I would know which one was the hot when I put it back together.

3. Take out the old ballast. 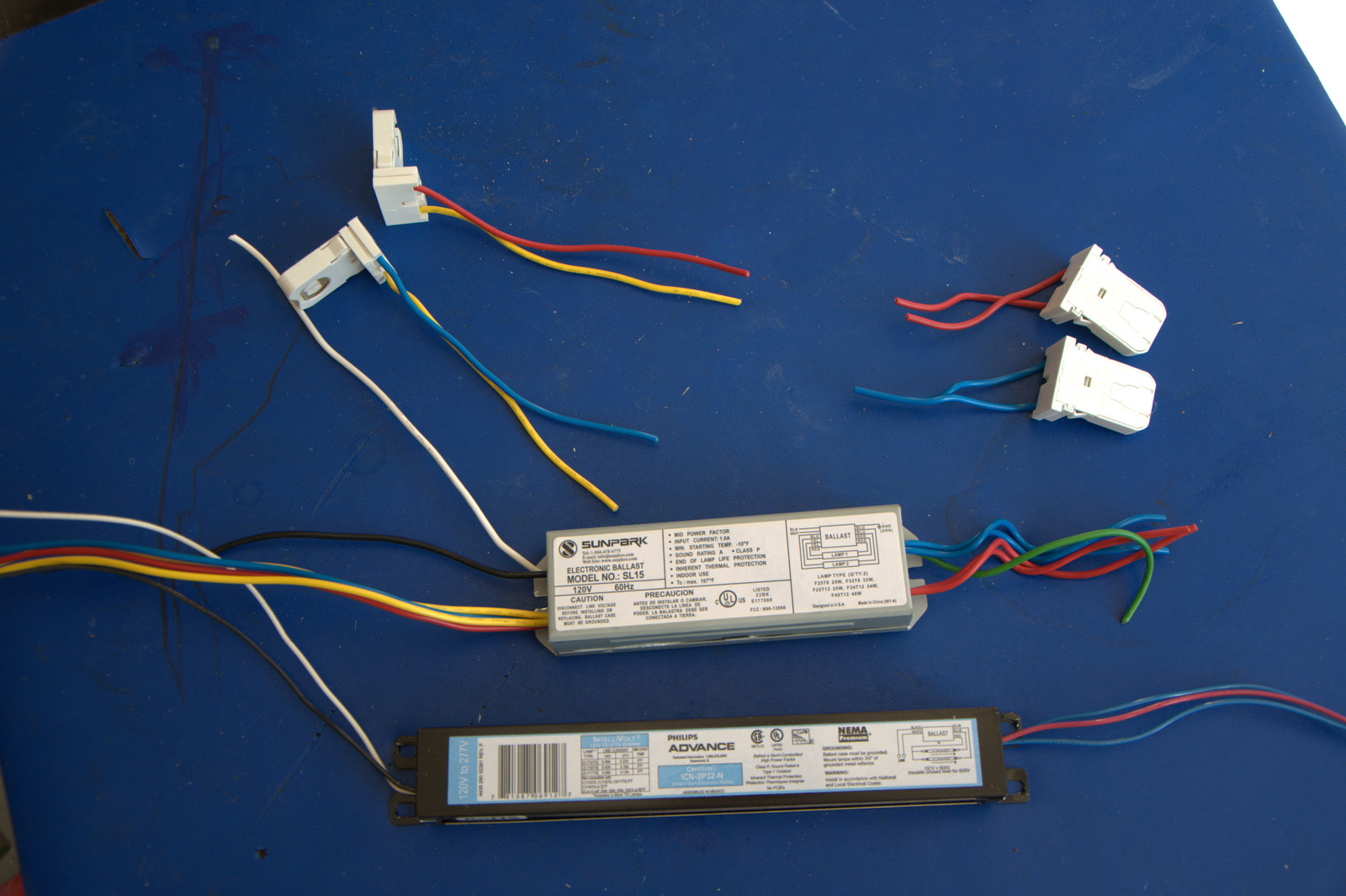 4. Strip the ends of the wires attached to the end caps and install the new ballast. I had to make some new holes for the ballast since it was longer than the one that was in there originally. 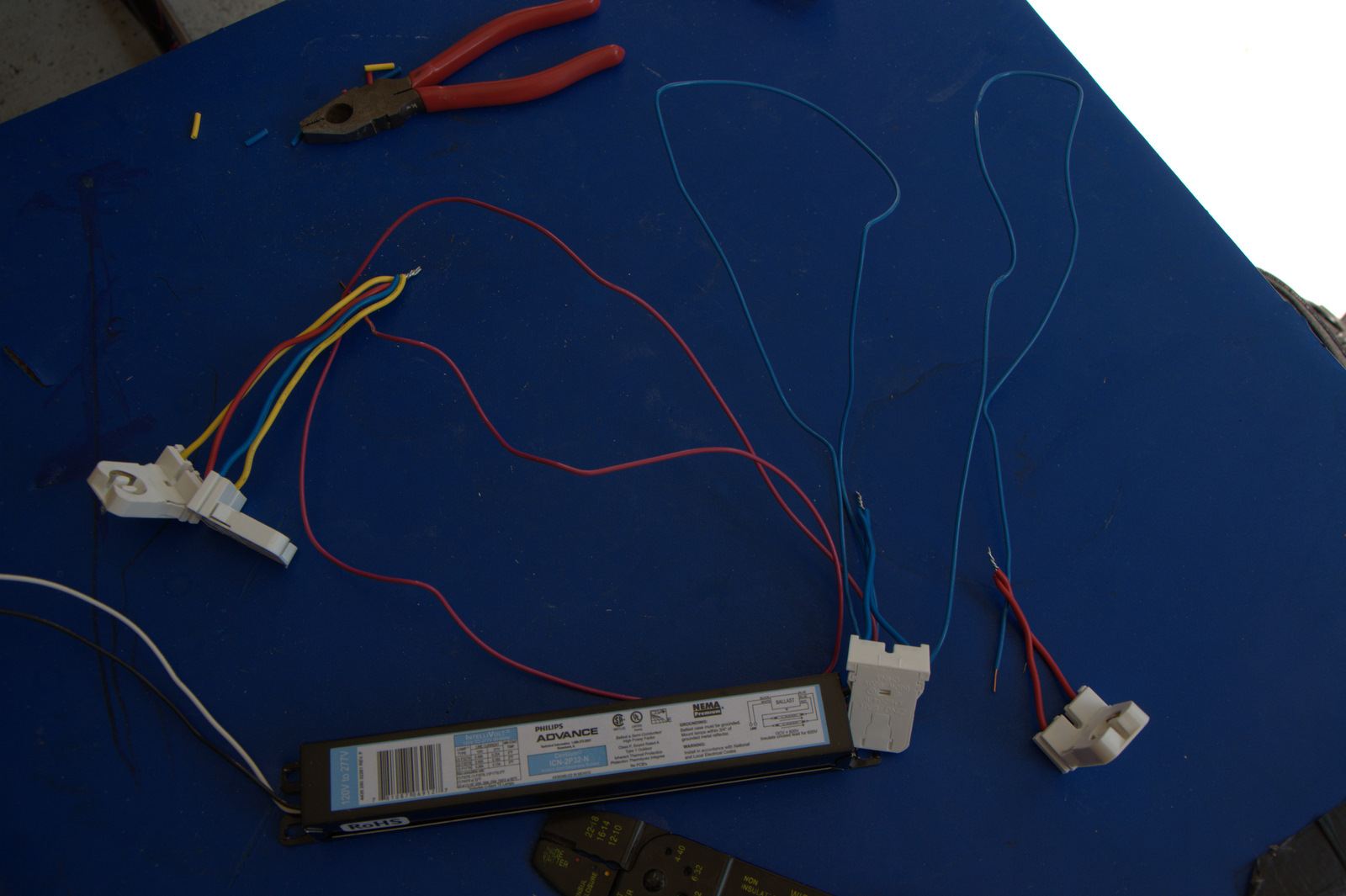 5. The wiring diagram for the new ballast is actually on the ballast itself. Here is a shot that shows the old ballast wiring vs. the new. The new one is so much simpler. From what I read, it is simpler because the old, cheap one, needed to heat up the gas in the lamp which required more connections before it actually could fire up. The new ballast doesn’t need this and is ‘instant on’. Very cool. 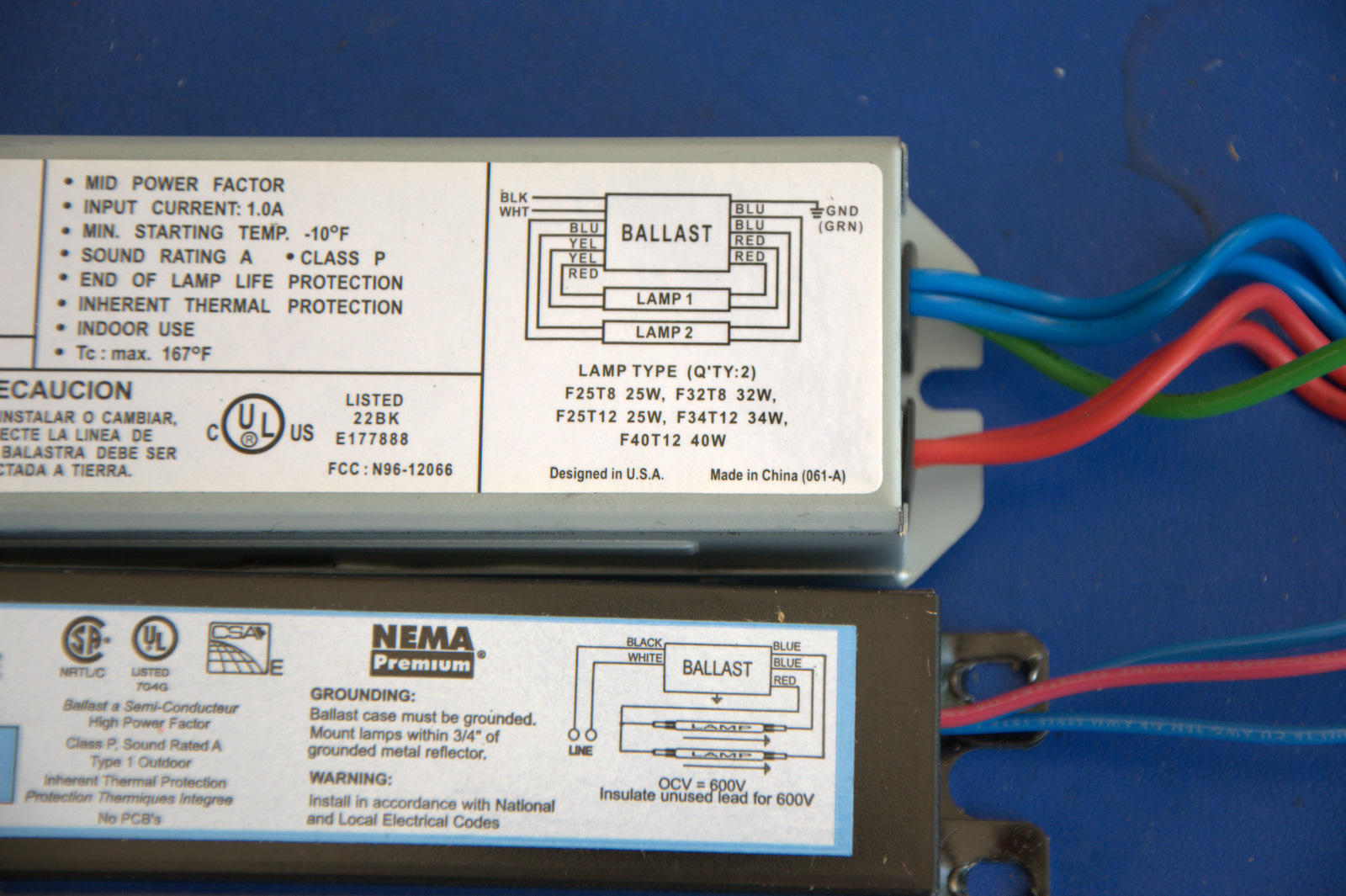 6. I cut the wires coming out of the new ballast to fit with just a little slack. I didn’t do this on the first one I did and it was a pain to try and jam all the extra wire back up there when I re-installed the cover. It’s worth it to cut it short and restrip it. Just do it. 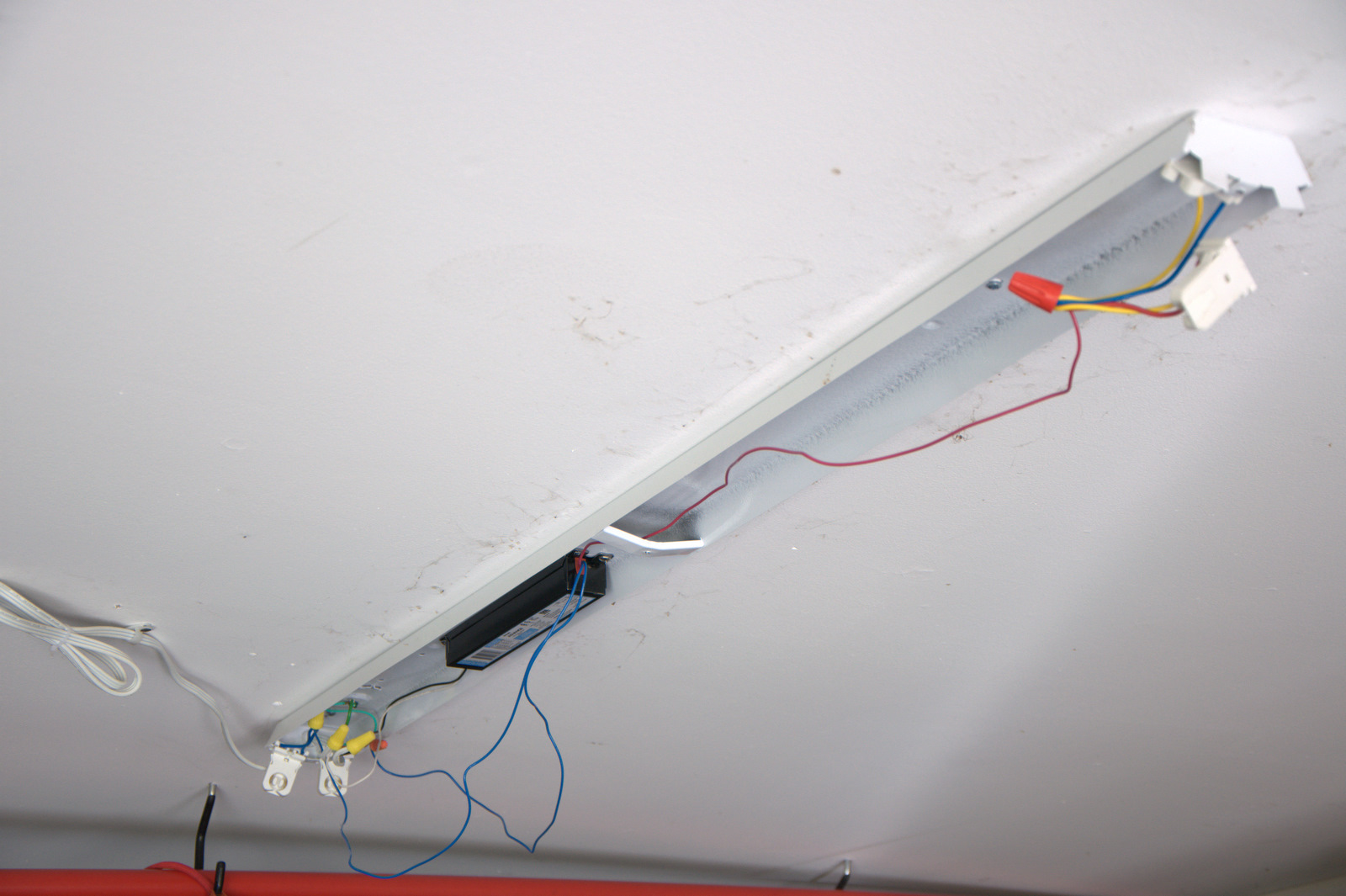 7. Connect the wires and put the cover back on. That’s it. Plug it back in, put in the bulbs and BAM! Light. 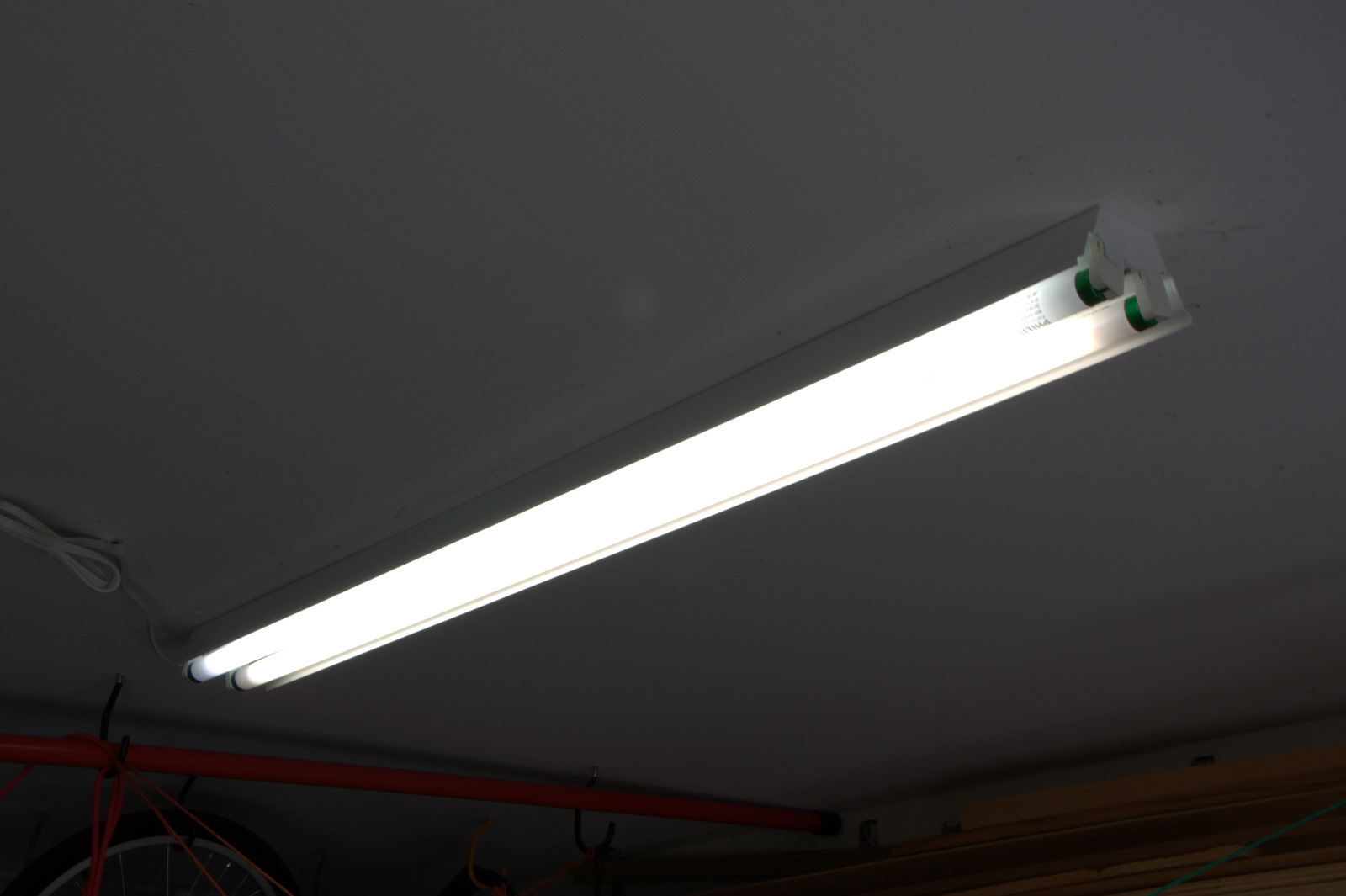 Before and after of the garage. 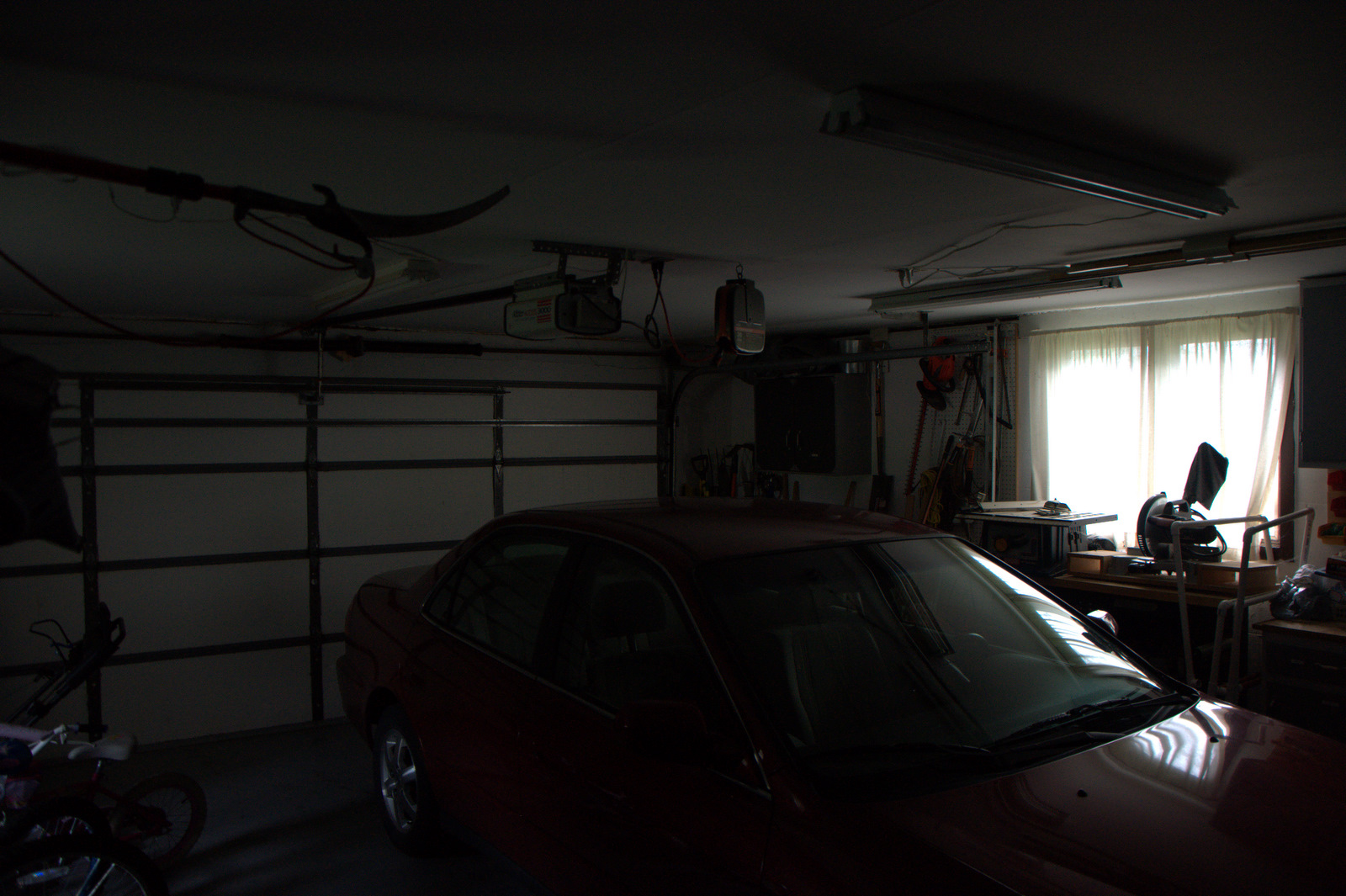 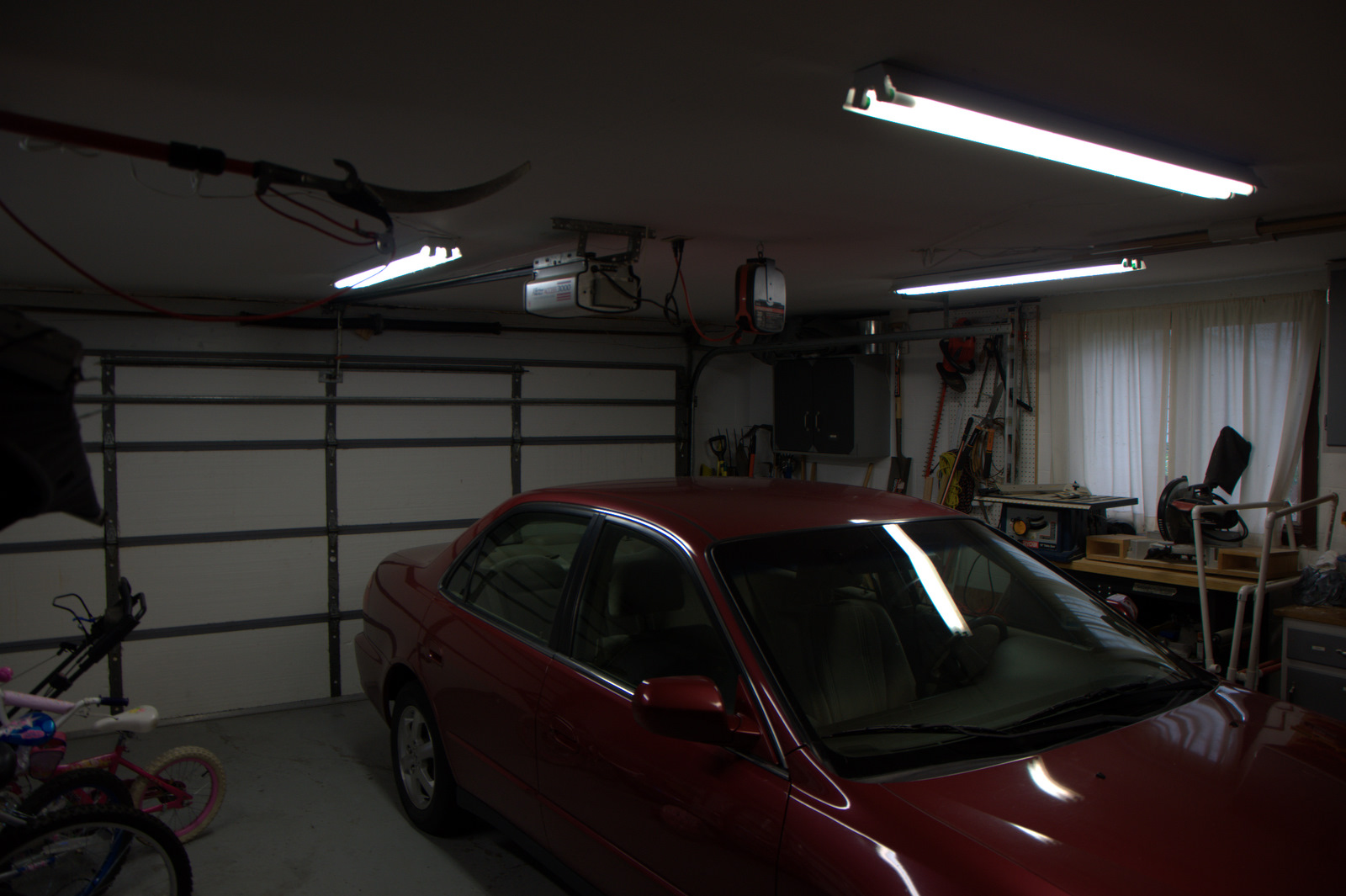