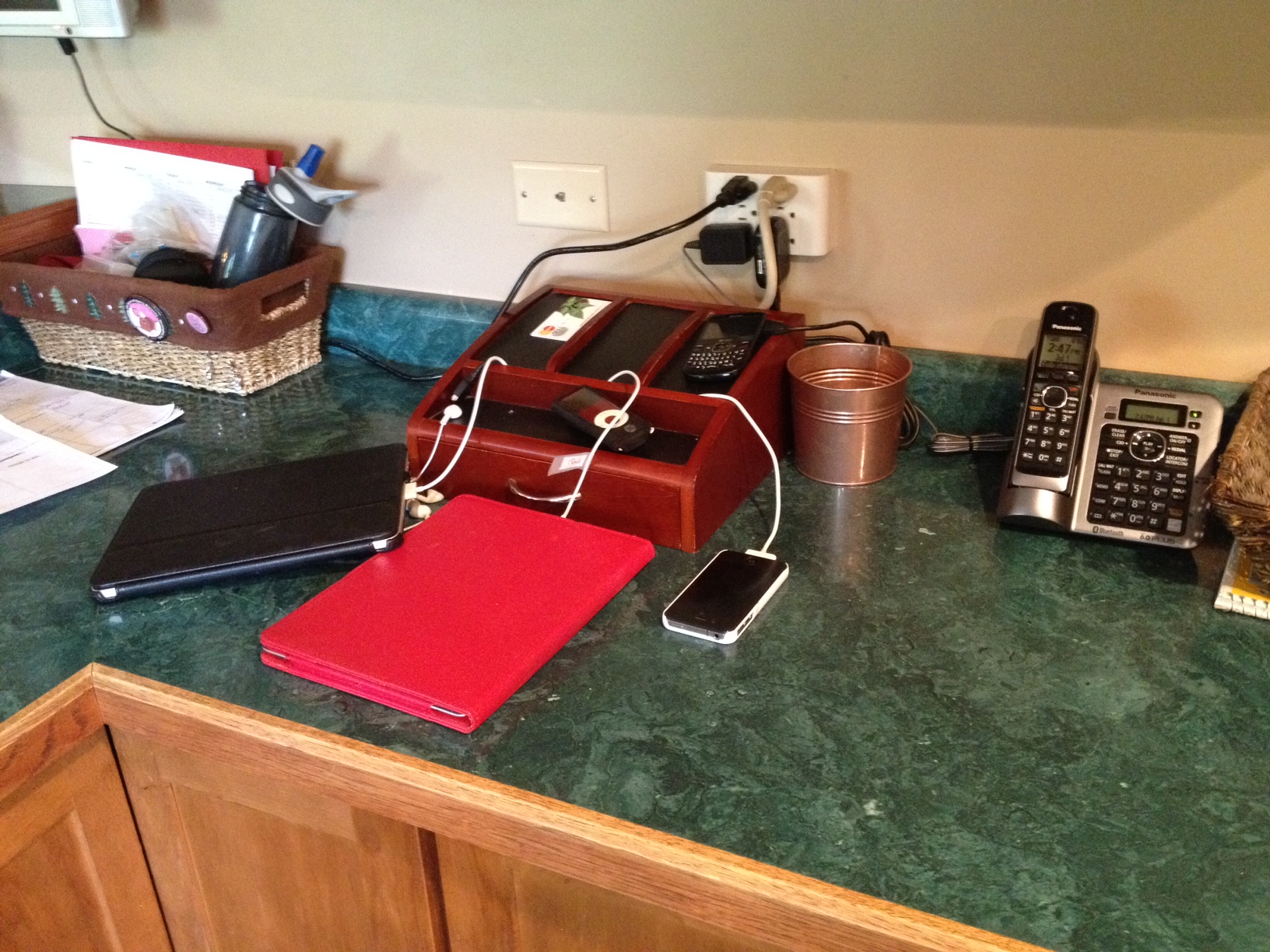 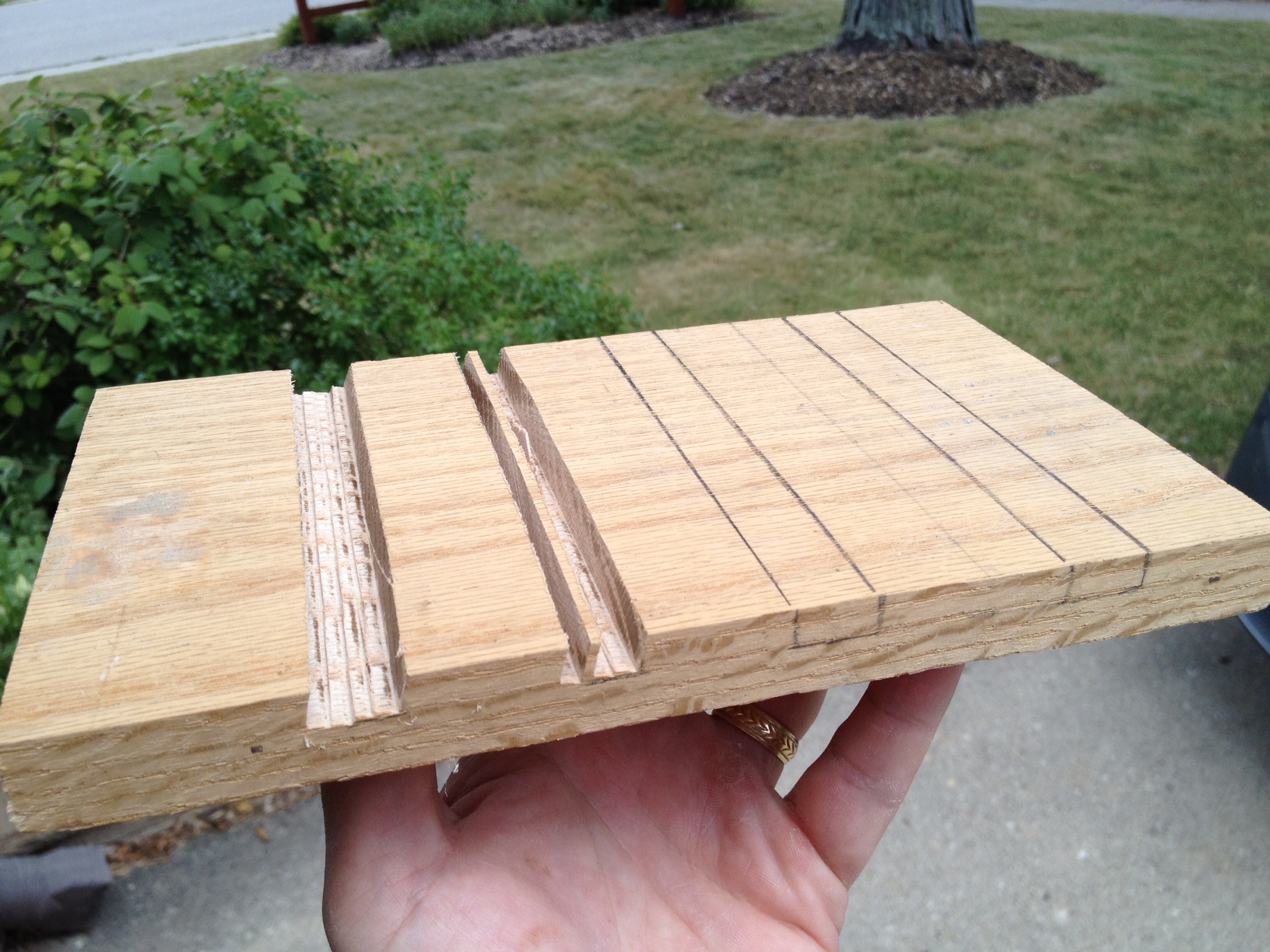 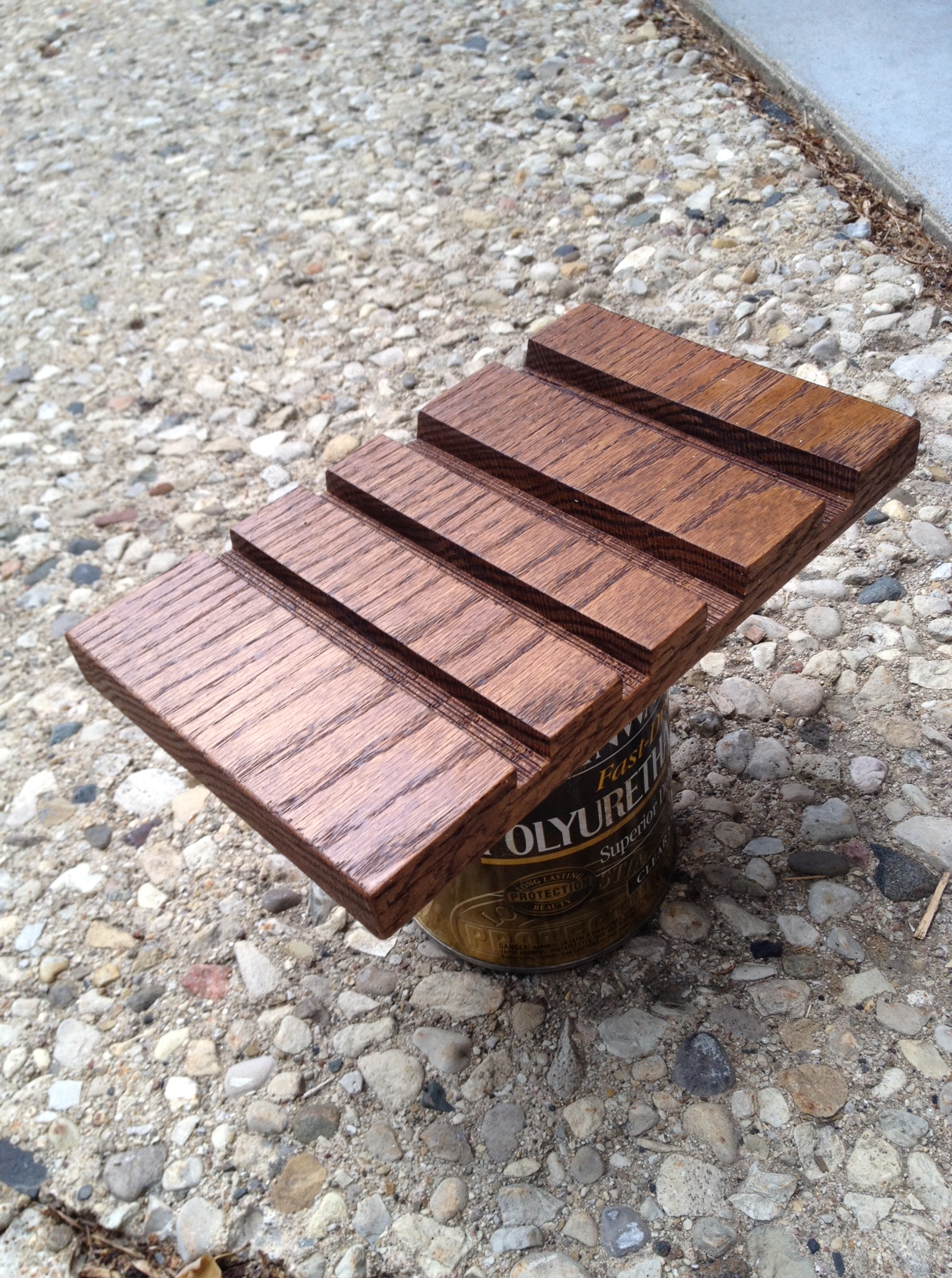 Why is Apple so damn good?

Seriously, every product I have purchased from Apple has not only met my expectations, but exceeded them. Needless to say, this is horrible for my psuedo obsession with technology and gizmos.

Since we have moved into our house, 7 years ago, I have had dreams of a whole house audio system. I have spent hours dreaming about what the setup might be, and how it would all work. I would browse Amazon and Crutchfield to pretend-build my perfect system. Lots and lots of decisions to be made when considering how to do this. Should there be a central amp for the whole house? Amp for each room? How would you control it all… separate controls on the wall in each room? Some mega-remote? I’d probably need a couple remotes if I went that route… At the end of it all, I would have run hundreds of feet of cable through the house, torn up some walls, run new electric and spent around $2,000.

Then I would shutdown my browser and let the dream fade away for another 6 months until I heard about someone else getting a setup or read an article about it.

So when I first heard about a friend using an Apple Airport Express to distribute music to a remote location over wifi, I was a bit skeptical. I figured it probably would skip, be intermittent at best and you still had to have powered speakers or feed it into an amp since the Airport Extreme has an audio jack on it but no amplification. After digging around a bit, and reading a lot about how Airplay (what Apple calls the protocol used to setup the remote speakers) works, I was convinced.

Here is the setup I have now, and I love it. As a bonus, I setup the Airport Extreme/Expresses as part of a WDS network so now I have total wifi coverage everywhere in the house. No dead zones. Totally awesome and totally unexpected.

With this setup, Julie and I can use the Apple Remote app for our iPhones to control iTunes on our main computer. This app allows us to turn on/off each set of speakers (computer, kitchen and bedroom) independently and control the volume. It provides us access to our entire iTunes collection, streaming radio and podcasts. I listened to Car Talk while having my coffee last Saturday while sitting in the dining room. I know, I know… I could have done that before with just a radio, but this was being streamed over the net and controlled via my phone. The inner geek is content and very happy.

I can feel the pull of Apple and I have a feeling our next computer purchase will be either an iMac (that 27″ display is just out of this world) or a MacBook. Damn you Steve Jobs for making so many products that I love. If only they didn’t cost so much money. Deal of the century anyone?

A year and a half ago I started looking into how I could hookup an mp3 player to our 2005 Honda Odyssey. Scouring the internet didn’t lead to much as the iPod interface provided by Honda was only for newer models and I didn’t want to replace the head unit. There is this awesome button named Aux on the head unit that you would think would be a great place to hook up the iPod/iPhone. 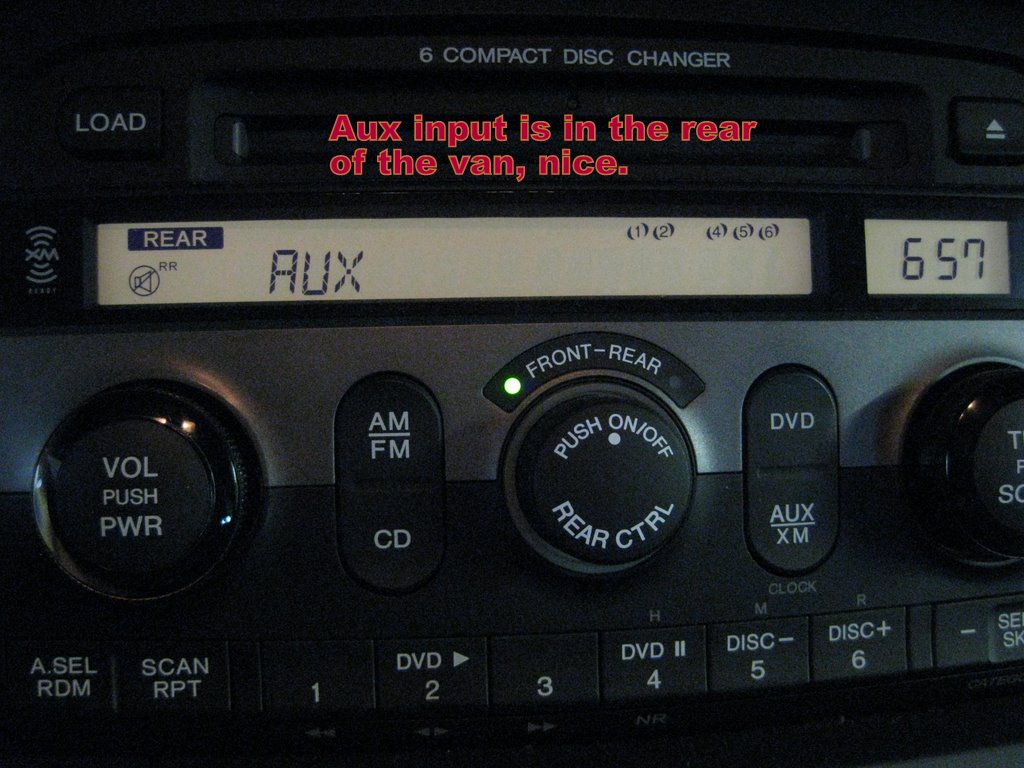 The problem is that you cannot get access to this aux by taking out the head unit and running a cable. This Aux is for some device, like a playstation, that you can plug into inputs that are located in the hand rest of way back seat of the van. So my cheapest option by far is to just run a cable from the back of the van to the front and use it for the iPhone hookup. I did this and it worked OK, but today I figured I would pretty it up a little and decided to hide all the wiring under a bunch of trim/carpeting in the car in order to make it look nearly invisible. 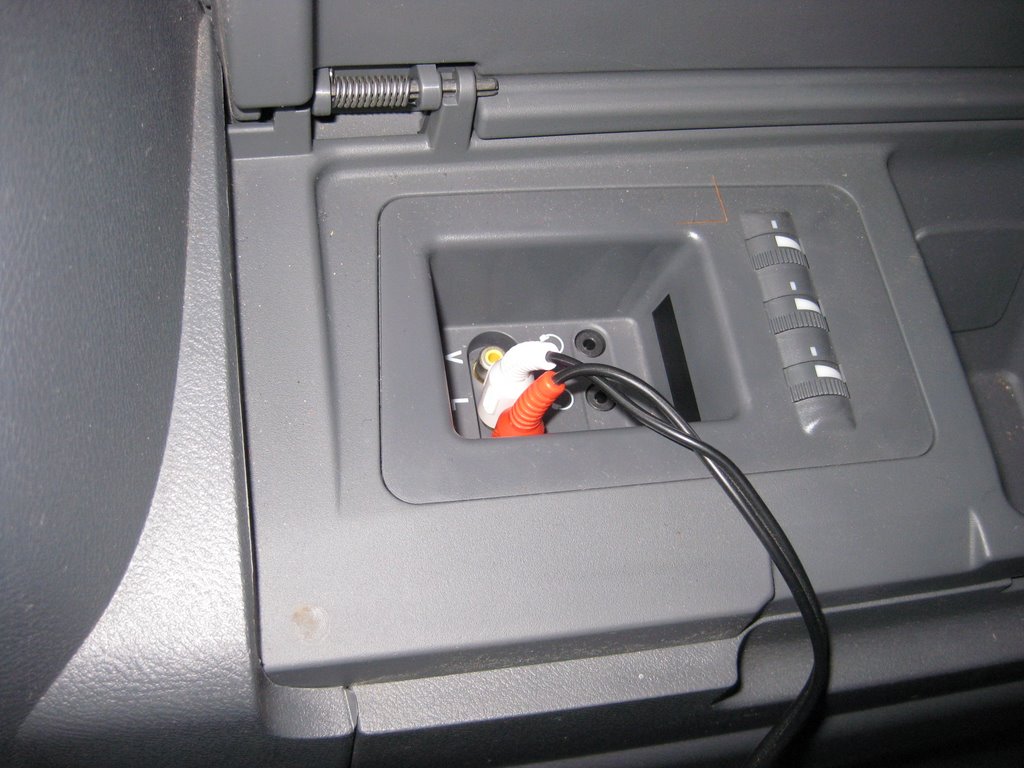 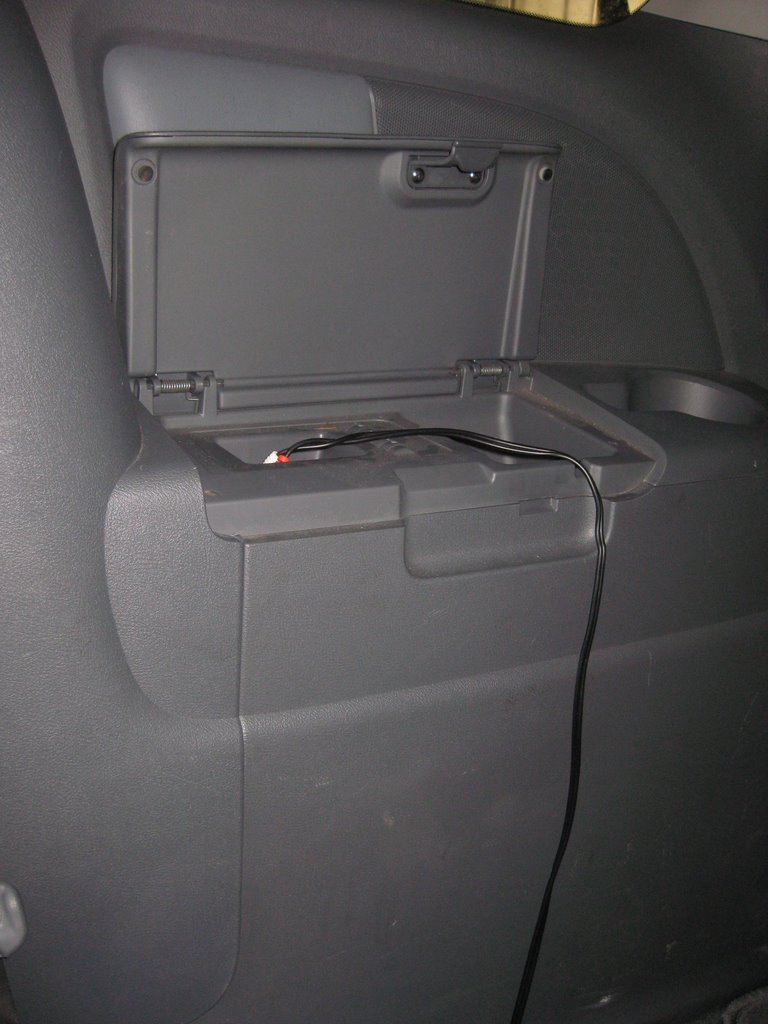 I thought about drilling a hole into this hand rest to run the RCA cables through and make them totally hidden, but figured I would wait on that. This is the only visible piece that was left when I was done. The cable run to the floor is all that is left. 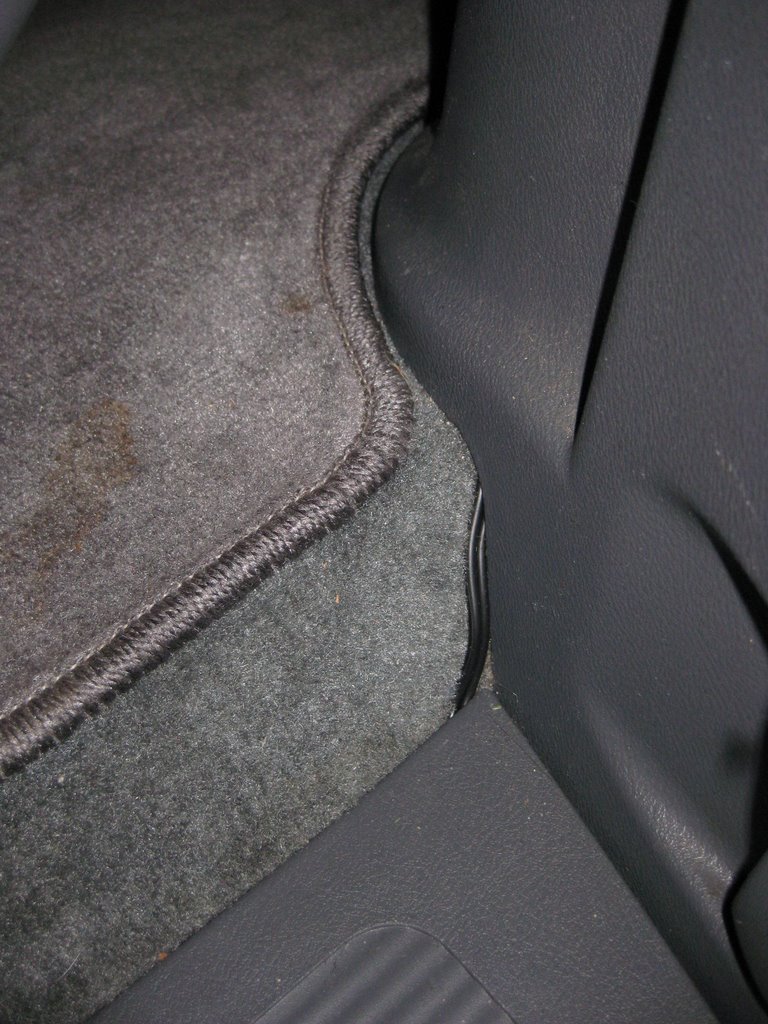 I didn’t have much choice since I needed more length, I had to run a 6′ RCA cable to the 6′ RCA to 1/8″ plug and connect them in the middle of the run. I had to destroy the RCA male to male connector to just use the bare connectors instead of the plastic housing these usually have. This allowed me to tuck these into the trim that runs along side one of the doors. 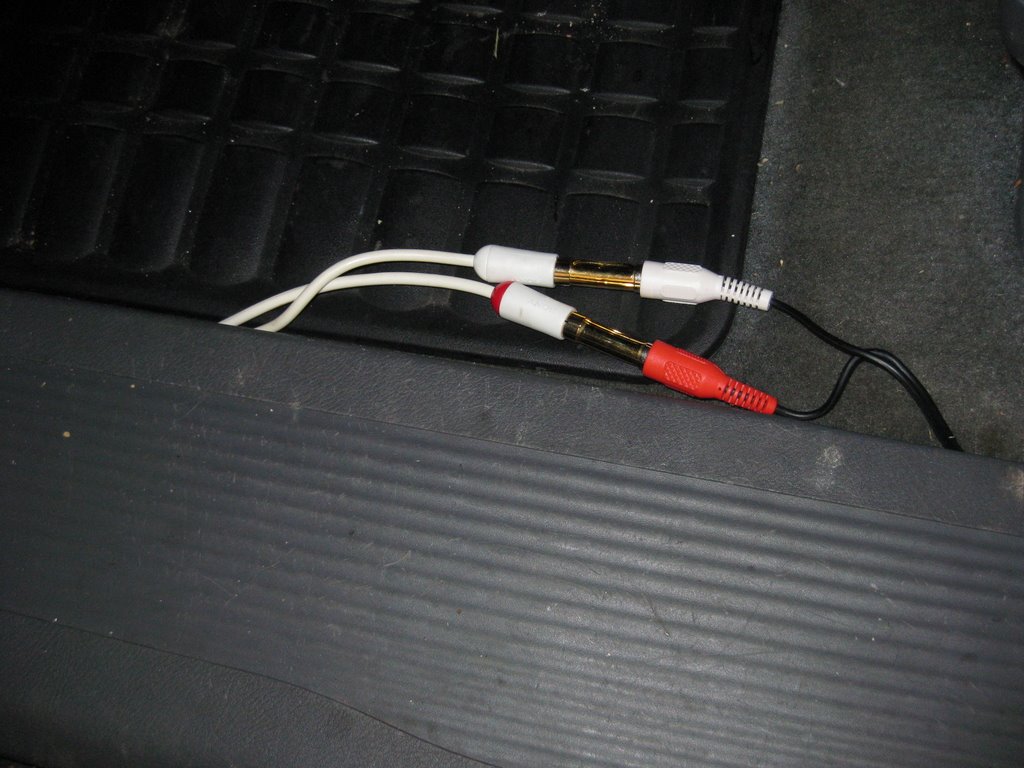 And the final resting place of the cable. It comes out from under the carpet and floor mats right at the center console with just enough length to make it to the iPhone mounting bracket. I thought of a couple of other improvements while doing this like changing the end of this to be female and mounting it to the console, but for now, it works and the wife seems to like it. 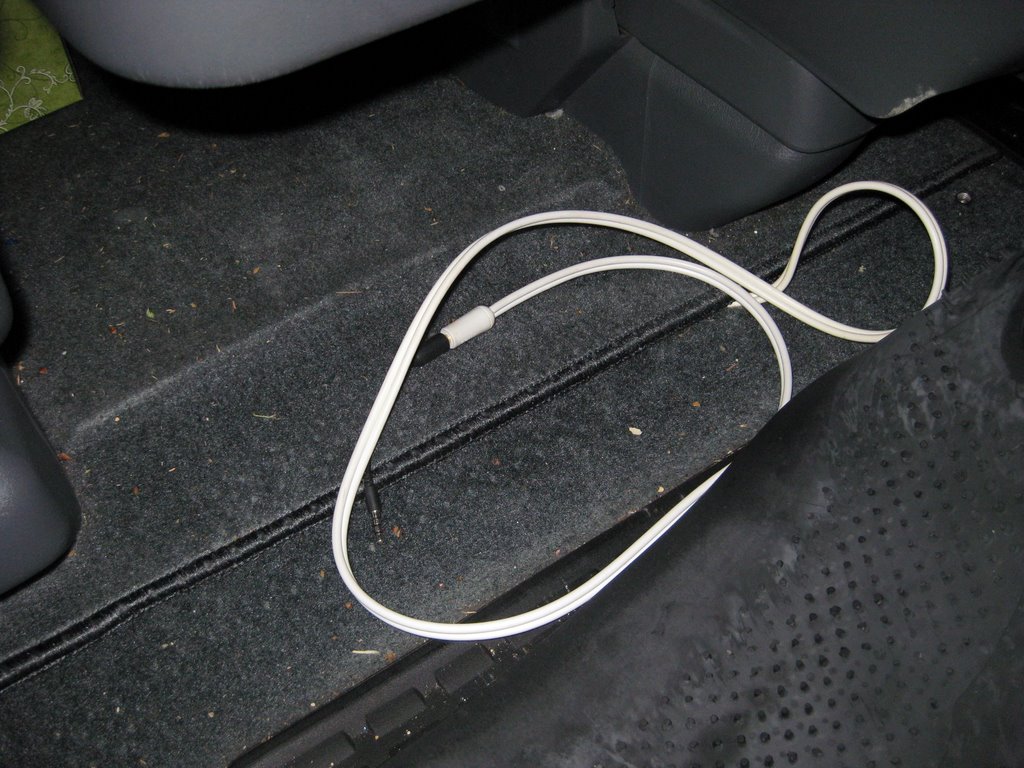 Final Result (couldn’t figure out how to embed a video uploaded to Picasa, so you’ll have to click it):