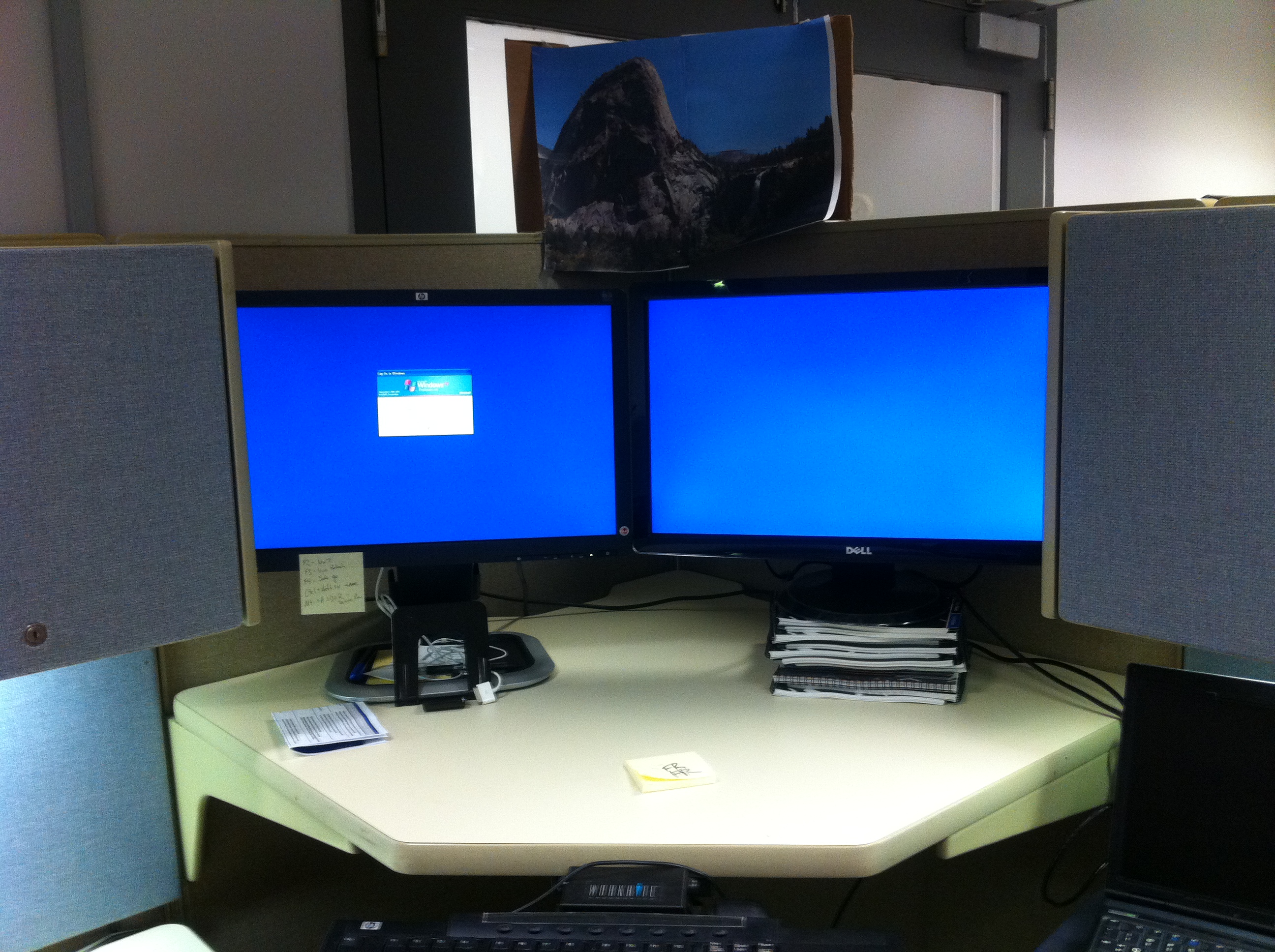 I am in week 3 of my standing desk experiment. Standing at work? For the whole day? Have you lost it Dobson????

Well, I haven’t lost it and I have thought about it off an on for the past year. Lifehacker.com has had occasional post about it over the past couple of years and the idea always intrigued me. Usually the posts are about how to set up a treadmill desk, but that is the advanced version of the standing desk. I simply wanted to get off my butt more than I do now.

Here is how my thinking went: I workout in the morning or after work for an hour and then go to my desk. I get up and walk to meetings 4-5 times a day and then when I get to the meeting I sit for 30-60 minutes followed by a brief walk back to my desk. I estimated I spent 6.5 hours out of my day sitting in meetings or at my desk. That is roughly 33 hours a week or 1700 hours a year. A LOT OF TIME ON MY BUTT!! If I setup a standing desk, I’ll at least be standing when I am not in meetings.

So how has it been going?

I have averaged 4 hours a day standing at my desk. This is pretty much what I expected. My hips and lower back were a little sore after the first few days, but I have adjusted and just around when I need a break, I usually have a meeting or have to go find someone to ask a question.

I ran across a NY Times article today which was pretty interesting. Is Sitting a Lethal Activity?

I am not planning on changing this anytime soon so I’ll post another update in a few weeks. Until then, happy standing. (For those of you with a keen eye, the picture behind my monitors is Nevada Falls with Liberty Cap on the left in Yosemite. Taken on the infamous JMT hike of 2008.)